“This is to notify you that the Department of Homeland Security Office of Inspector General has an ongoing investigation into the facts and circumstances surrounding the collection and preservation of evidence by the United States Secret Service as it relates to the events of January 6, 2021,” DHS Deputy Inspector General Gladys Ayala wrote in a July 20 letter to Secret Service Director James Murray.

The inspector general continued: “To ensure the integrity of our investigation, the USSS must not engage in any further investigative activities regarding the collection and preservation of the evidence referenced above. This includes immediately refraining from interviewing potential witnesses, collecting devices or taking any other action that would interfere with an ongoing criminal investigation.”

The letter adds to the growing tension between the Secret Service and the DHS inspector general over the potentially missing text messages, which are being sought by the House select committee as part of its investigation into former President Donald Trump’s actions and movements on January 6, 2021.

Inspectors general in the federal government can refer the findings of their investigations to federal prosecutors.

The Secret Service, in a statement, acknowledged it had received the inspector general’s letter. “We have informed the January 6th Select Committee of the Inspector General’s request and will conduct a thorough legal review to ensure we are fully cooperative with all oversight efforts and that they do not conflict with each other,” the agency said in the statement.

A spokesperson for the Secret Service, “We are unaware of a criminal allegation, but are committed to cooperating with the Inspector General.”

The Justice Department declined to comment on the reference to an “ongoing criminal investigation” in the inspector general’s letter.

The new letter comes after the Secret Service was only able to provide a single text message to the inspector general, who had requested a month’s worth of records for 24 Secret Service personnel, according to a letter to the select committee.

A DHS Office of Inspector General spokesperson told CNN, “Consistent with Attorney General guidelines, DHS OIG typically does not confirm the existence of, or otherwise comment about, ongoing investigations.”

The directive could complicate the Secret Service’s response to a subpoena it received from the House select committee last week, as well as a request from the National Archives this week to the DHS records officer asking the agency to clear up if the text messages were deleted and explain why.

The select committee’s chairman, Democratic Rep. Bennie Thompson of Mississippi, wrote in a letter to the Secret Service director that the panel was seeking text messages from January 5-6, 2021.

In a joint statement Wednesday, Thompson and committee vice chairwoman Rep. Liz Cheney said they “have concerns” about how the Secret Service cell phone data was deleted.

“The procedure for preserving content prior to this purge appears to have been contrary to federal records retention requirements and may represent a possible violation of the Federal Records Act,” they said.

The Secret Service told the committee this week that it was engaged in “extensive efforts” to determine whether any text messages had been lost and if they were recoverable. Those steps included “the pulling of any available metadata to determine what, if any, texts were sent or received on the devices of the identified individuals,” the agency said in a letter, as well as interviewing the 24 individuals “to determine if messages were stored in locations that were not already searched by the Secret Service.”

The agency said it was “currently unaware of text messages issued by Secret Service employees” that were requested by the inspector general “that were not retained.”

The group of 24 individuals includes high-ranking officials, several of whom remained in a secure location, known as a SCIF (secured compartmentalized information facility) during the day where cellphones are not permitted, according to a source familiar with the matter. The source also said about half of the individuals are being reviewed to determine if text messages were sent and received and possibly deleted, and what that content may have been.

Investigators determined that at least three of the people had only personal text messages, which they did not consider a public record, while investigators believe others have no text messages at all, the source said. The agency has produced one relevant text exchange so far, which it has given to the inspector general and the committee. The Secret Service told the inspector general last year that aside from the single text message, the agency “did not have any further records responsive” to the request.

The Secret Service has previously explained that it was up to employees to conduct the necessary preservation of records from their phones. The letter said the service did provide personnel a “step-by-step” guide to preserve mobile phone content, including text messages, prior to the phone migration that began January 27, 2021. It went on to explain that “all Secret Service employees are responsible for appropriately preserving government records that may be created via text messaging.”

This story and headline have been updated with additional developments Thursday.

CNN’s Zachary Cohen and Priscilla Alvarez contributed to this report.

Sun Jul 24 , 2022
It was published online on Friday evening, around the same time another Murdoch publication, the Wall Street Journal, also published an editorial harshly critiquing the former president. The Journal called him “The President Who Stood Still on Jan. 6” and praised Vice President Mike Pence. “Character is revealed in a […] 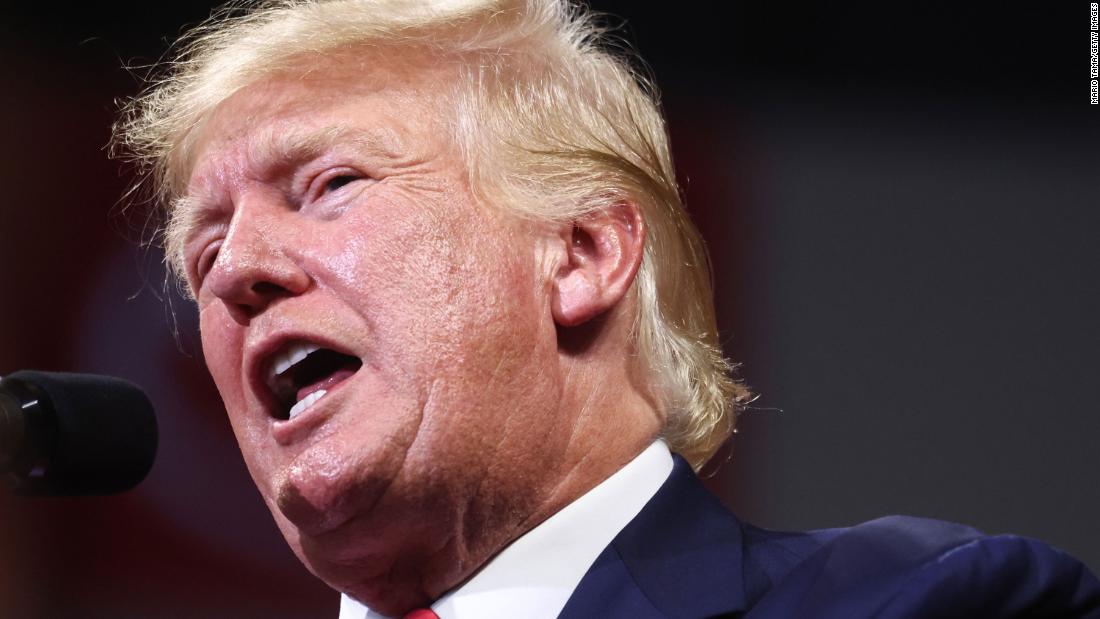