Former Vice President Mike Pence will sound very much like a White House hopeful looking to lead his party beyond former President Donald Trump when he touts his “freedom agenda” for the Republican Party in a speech in Washington.

Pence will deliver remarks about a proposed conservative agenda at the Heritage Foundation, the conservative think tank. The trip – though originally slated to take place Monday evening, one day before Trump makes his first visit to the nation’s capital since leaving office in January 2021 – was postponed after Pence’s flight into the Washington, DC, area was diverted because of storms, according to John Cooper, a spokesman for the think tank. It will be rescheduled for another day.

“The Freedom Agenda provides a clear roadmap for conservative leaders looking to connect deeply with the American people on their top priorities,” Pence plans to say, according to prepared remarks obtained by CNN. “It is built upon the belief that Americans want to create more economic opportunity, restore American leadership on the world stage, and are proud of traditional American culture and want to preserve it.”

His prepared remarks touch on the importance of building a “lasting majority” and the need for “unified conservative action” as opposed to looking backward.

“Some people may choose to focus on the past,” Pence’s planned remarks read. “But I believe conservatives must focus on the future.”

The speech had been planned for 24 hours before Trump will deliver keynote remarks at the America First Policy Institute’s summit, a two-day event in Washington featuring elected Republicans and alumni of the Trump administration to discuss ideas for an “America first agenda.”

It was also set to follow after weeks of public hearings held by the House committee investigating the events of January 6, 2021, which have revealed details about Trump’s failed efforts to pressure Pence to delay the counting of electoral votes.

The scheduled speeches of both the former President and vice president fit into a theme Pence and his political team have been quietly pushing for months as the Indiana Republican gets ready for a potential run for the White House: While Trump continues to talk up his false claims about the 2020 election, his former running mate is helping boost Republican political prospects in 2022 and beyond.

The proposed agenda, which Pence’s policy group, Advancing American Freedom, released in April, attempts to synthesize right-wing populist ideas with the traditional conservatism from which Pence emerged as a political figure. That reflects Pence’s own efforts to forge a path ahead that acknowledges the Trump-era GOP coalition while turning the page on what many Republican leaders see as the former President’s divisive and dangerous impulses.

The Pence speech at Heritage is the latest example in the past week of Pence presenting himself to various factions in the GOP as an alternative heir apparent to Trump in 2024.

In Washington last Wednesday, Pence received a warm welcome from members of the Republican Study Committee, the conservative House caucus he once chaired, suggesting he still has cachet among elected members of his party, even within a House GOP conference that remains steadfastly loyal to Trump.

And on Friday, Pence found himself campaigning in Arizona on the same day as Trump, who held a rally near Phoenix to boost Kari Lake, the former TV news anchor who centered her campaign around the false claims that the 2020 election was stolen from Trump. But Pence attended two events with Arizona’s outgoing GOP governor, Doug Ducey, whom Trump has criticized relentlessly for failing to act to change the outcome of the 2020 election in his state.

Both Pence and Ducey are supporting Karrin Taylor Robson ahead of the August 2 primary. The race between Lake and Taylor Robson remains close, and his endorsement is a bit of a risk for the cautious Pence.

“I’m grateful to the vice president for stepping out, for picking the true conservative in this race, and for helping amplify to all Arizonans that she is the superior choice in the governor’s primary,” Ducey told CNN last week in an interview. “Mike Pence brings the imprimatur of a true conservative to this race.”

While Trump has spent a great chunk of his post-presidency trying to settle scores with Republicans who crossed him, Pence has nurtured relationships with leaders in the party. His two-plus decades in elected Republican politics has helped, including his time as governor of Indiana, which Ducey cites as an asset when Pence comes in to help candidates running in 2022.

“When he served as governor of Indiana, he was a great colleague and collaborator with other governors. And as vice president, he continue[d] to be. So when Mike Pence speaks out on this race, it brings all of that and more,” Ducey said.

Arizona’s primary is not the first time Pence has weighed in against Trump’s preferred candidate this year. In the closing days of the Georgia governor’s primary campaign in May, Pence endorsed Brian Kemp, the sitting Republican governor who became Trump’s top political target following the 2020 election. Pence even headlined the final rally for Kemp, the day before Kemp defeated Trump’s preferred candidate, former Sen. David Perdue, by more than 50 points in the primary.

“Vice President Pence was a huge help during the primary and has continued to be helpful, however we’ve asked,” said Cody Hall, a spokesman for Kemp’s campaign. “He’s said, ‘however we can be helpful, we’ll do it,’ because he wants to elect Republicans, not only here in Georgia, but across the country.”

And even with that primary over, Pence is sticking with Kemp, including hosting a fundraiser for the Georgia governor in Indianapolis on August 1, according to two people familiar with the plans.

What remains unclear is whether Pence’s approach to winning friends within the Republican tent is helping him influence the direction of the party whose base voters remain in the thrall of Trump. The relationship between the two men is nonexistent, with neither speaking to each other since early 2021. But despite their divergence on the question of the transfer of power after the 2020 election, Pence continues in speeches to tout the accomplishments of the “Trump-Pence administration.”

And he has been careful in his public criticisms of Trump, generally sticking to an anodyne line that he and the former President will “never see eye-to-eye” about the events of January 6.

His most forceful comments came in February of this year, in a speech to a group of conservative lawyers in Florida.

But plenty of Republicans say Pence is in a difficult position to run successfully for president in 2024. Mick Mulvaney, the former acting White House chief of staff under Trump, said the pool of potential candidates who can claim to want to move the party “beyond Trump” will be large.

And not only could GOP primary voters punish Pence for failing to do Trump’s bidding, but Trump himself could decide to torpedo his one-time running mate’s chances, whether or not he himself decides to run.

“Who is Donald Trump going to be most interested in defeating first? I think it’s Pence,” Mulvaney said. “I think because the stuff that he [said] about Pence letting him down, I think, is real.”

Tue Jul 26 , 2022
ProDentim is an oral or intravenous supplement that aids users in enhancing their oral health and lowering their risk of cavities, infections, and other dental issues. The composition is a chewable tablet that contains probiotic strains to enhance the user’s health.  What is ProDentim? Everyone knows yearly dental visits are […] 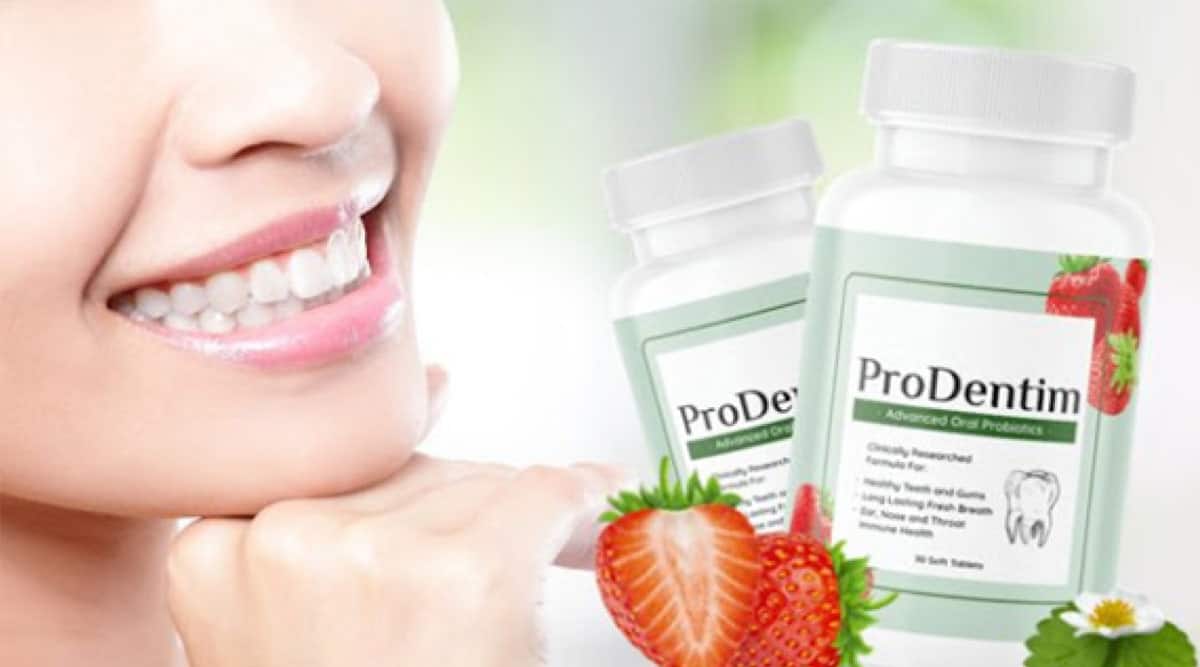