“China’s increasing in their aggressiveness in their rhetoric, but also in their activity,” Chairman of the Joint Chiefs of Staff Mark Milley said Friday to a group of reporters traveling with him in Asia, according to a Defense Department transcript of his remarks.

“The volume, the number of Chinese intercepts at sea and in the air have increased significantly over five years,” Milley said, though he offered no further details on the figure.

The strong comments from Milley underscore the Biden administration’s efforts to make countering China a key strategic priority, and they come as House Speaker Nancy Pelosi appears to be preparing to lead a congressional delegation to Taiwan, a self-governing island that Beijing claims as its own territory.

President Joe Biden has suggested the US military believes a potential trip by Pelosi and other lawmakers would pose security risks. The Pentagon has declined to say if officials have directly briefed the California Democrat, but officials say worries include China establishing a no-fly zone or increasing unsafe intercepts of US and allied ships and aircraft in the Pacific region.

CNN reported last week that Milley ordered a comprehensive review of US military interactions with Chinese forces over the last five years as concerns about Beijing’s assertive behavior in the Indo-Pacific region increases, according to three Defense officials.

By launching the review, Milley is seeking to gain a detailed understanding of all interactions between the two militaries, especially any that could be deemed “unsafe” or “unprofessional” due to Chinese aircraft or ships operating too close to US military assets.

Officials tell CNN the aim is to have a solid look at any changes in patterns of Chinese military activity. Interactions between the two militaries are so sensitive that incidents are often not made public. For example, in June, a US C-130 transport plane being operated by US special forces had some type of encounter with Chinese aircraft, but the Pentagon has yet to publicly acknowledge the incident.

In one of the most serious recent incidents, the Australian government said in February that a Chinese warship allegedly used a laser to “illuminate” an Australian Air Force jet in what Canberra called a “serious safety incident.”

“Acts like this have the potential to endanger lives,” the Australian Defence Force said in a statement at the time, adding it strongly condemns the “unprofessional and unsafe military conduct.” Pilots targeted by laser attacks in the past have reported disorienting flashes, pain, spasms and spots in their vision and even temporary blindness.

Last month, US Defense Secretary Lloyd Austin similarly called out Beijing, with the secretary criticizing a series of coercive, aggressive and dangerous actions that threaten stability around Asia and vowing the US would stand by partners to resist any pressure.

China is adamant its military is defensive.

“The development of China’s national defense aims to meet its rightful security needs and contribute to the growth of the world’s peaceful forces,” the country’s 2019 defense white paper said. “China will never threaten any other country or seek any sphere of influence.”

The US, for its part, appears to be stepping up its operations in the South China Sea.

Earlier this month, a US Navy warship challenged Chinese claims to disputed islands in the South China Sea, the US 7th Fleet said in a statement — the second operation of its kind this week.

Potassium-rich foods may be key

Wed Jul 27 , 2022
Share on PinterestFoods that are rich in potassium may help offset the harm of excessive salt, a new study suggests. Image credit: Dina Issam/EyeEm/Getty Images. Cardiovascular disease is the leading cause of death worldwide. Diets high in sodium increase a person’s risk of high blood pressure and cardiovascular disease. With […] 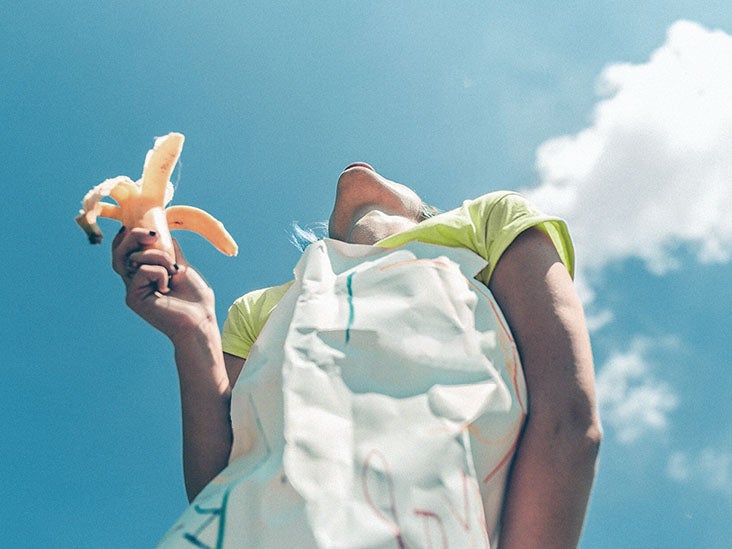