Public health officials in Los Angeles County cited declining COVID-19 hospitalizations when they refrained Thursday from reinstating an indoor mask mandate that was set to go back into effect Friday.

At a meeting that was streamed live, public health director Barbara Ferrer addressed reporters about the decision, which she said was made solely based on the downward trend in serious illness for those infected with COVID-19.

“As I noted last week, any indication that the county would soon be moving to the ‘medium’ community level would be a good reason to not move forward with universal indoor masking, which is what we are doing today,” Ferrer said, adding, “We will be pausing and not moving forward at this time.”

The “medium” transmission designation refers to the Center for Disease Control and Prevention’s three-tier categorization for the spread of COVID-19. Since Los Angeles County follows the CDC guidelines, a “high” rating would have triggered the return of the indoor masking mandate.

Days before the decision, health officials had said it was all but inevitable that the indoor mask mandate would be reinstituted. As of July 28, COVID-19 cases in the county were still high, but since July 23, hospitalizations due to the disease caused by exposure to the coronavirus have made a steady decline.

Technically, transmission of COVID-19 in L.A. County remains at a high level, but because of the county’s more up-to-date information, the CDC encouraged local health officials to reverse course.

“Two weeks ago, on July 14, CDC reported that L.A. County moved from the ‘medium’ to ‘high’ community level, and according to the most recent CDC calculations, and these are what we’ve got posted on their data tracker yesterday, we remain in ‘high’ this week,” Ferrer said.

However, she added, “when we use the L.A. County data on hospital admissions, we’re moving from high community level to medium community level, because our admission rate calculating all the way through the 27th is now 9.7 new admissions for 100,000 people.”

Had the data shown numbers at a rate of more than 10 residents per 100,000, Ferrer said the county would have gone forward with the mandate, despite public uproar over the decision. When pressed by reporters on whether emails from the public and open dissent from several local politicians had swayed her decision, she said the decision was based solely on the data.

Beverly Hills Mayor Lili Bosse was outspoken about his opposition to reimposing a mask mandate and vowed that it would not be enforced.

“This is a question of choice,” Bosse told NBC Los Angeles. “Store owners will still be under L.A. County Public Health’s order, but they also have the ability to understand that we won’t be sending out our Beverly Hills enforcement to enforce it.”

Officials in Pasadena, El Segundo and Long Beach also spoke out against a return to requiring indoor masking in shops and businesses. But Ferrer insisted that the decision be based on the data.

“I’ve received lots of emails and had lots of conversations with folks who are in favor of universal indoor masking, and sometimes those voices get buried,” Ferrer said. “I always welcome people making sure that we’re aware of their thoughts.”

As of Thursday, Ferrer said there were 7,009 new reported cases, 1,239 hospitalizations and a rate of 15 deaths per day over the past week in L.A. County.

Had the mandate taken effect, it would have lasted for two weeks, or until CDC data showed that cases were trending the right direction. Despite the continuous evolution of the virus, Ferrer believes there’s no reason to expect a mandate in the near future.

“We’re on a decline right now, and it’s hard for us to imagine reinstating universal indoor masking when we’re on this significant of a decline,” she said. “Should we see another big increase in cases and increases in hospital admissions, which we don’t think is likely for the very immediate future because of the trends we’re seeing … but we would have to go back and reassess whether we are resetting the clock about needing to remain in ‘high.’”

“There is BA.5, which is very transmissible. It is the most transmissible variant that we have seen thus far, so you are going to see local governments make their own decisions,” Jean-Pierre said. “We tell folks to follow the CDC guidance on masking, and depending on the cases in your area. So that’s what we will continue to tell people, and our message has not changed.”

Ferrer still believes that vulnerable L.A. County residents should consider masking up indoors, even though it’s not a requirement.

“The most disheartening misinformation being circulated is the idea that almost no one dies from COVID now,” she said. “This ignores the very real suffering and pain of those that are losing family members to COVID and it ignores the brutal mortality rate that’s still associated with this pandemic. The reality is that over 4,300 people have died from COVID in just the first half of 2022. That’s more than the six-month average total for deaths from drug overdoses, seasonal influenza and motor vehicle accidents combined.”

Fri Jul 29 , 2022
In a tweet Thursday, Naomi Biden provided an update to her nuptial plans. “Sooo not sure how best to update but was supposed to do so weeks ago…but we have finally figured out where the ceremony will be…and much to the relief of secret service and with the dogs’ endorsement…we’ll […] 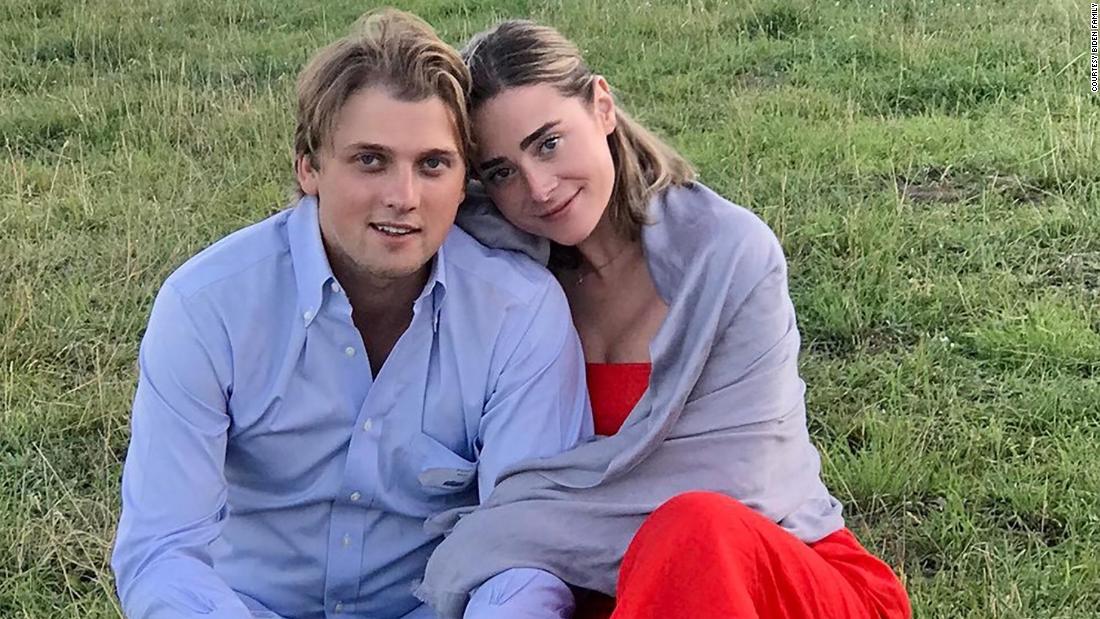